The role of caregiving for a family member with Alzheimer’s disease is primarily a woman’s role. And this role has serious financial and medical repercussions. Of the almost 15.5 million Americans caring for a person with AD or other dementia, about 75% are women, 50% are the spouse of the care recipient (32% wives, 17% husbands), and 40% are the children, primarily daughters.

Many women face the challenge of balancing the demands of caregiving with their employment. The average caregiver provides 16.6 hours of care per week, but nearly a quarter of the caregivers for people with AD and related dementias provide 40 hours a week or more of care. Because of caregiving responsibilities, 10% of employed family caregivers go from full-time to part-time jobs. Despite the time demands, the majority (57%) of family caregivers work full or part time, comprising 13% of the workforce. Employment does not affect whether or not women start caregiving, however, women who do start are more likely to reduce employment hours or leave their employment in order to meet caregiving demands.

For most women, assuming the caregiver role leads to a significant reduction in work hours and annual earnings, as well as a loss of benefits including health insurance. These losses are especially substantial among women ages 46 and older, women with less than a high school education, and women with competing roles (those who were married). Primarily due to caregiving responsibilities, women average 14 years out of the paid labor force. The time, energy, and stress of caring for an elder family member decrease a woman’s employment opportunities and earnings.

Caregiving families have median incomes that are more than 15% lower than non-caregiving families. One study found that some caregivers experience a reduction of more than $10,000 in annual earnings once they take on the caregiving role. Out-of-pocket medical expenses for a disabled family member can consume more than 11% of the family income (2.5% greater than for a family without a disabled member). These financial factors have greater impact on women compared to men, because women typically earn less money with lower lifetime earnings relative to men; the median income for women was 77% of the income for men in 2006. Women may quickly spend their savings and other resources on caregiving. These factors contribute to a higher risk of living in poverty for women. In 2006, 22.2% of women lived in poverty, compared to 17.8% of men.

Age, ethnicity, education, and marital status affect the likelihood of living in poverty as a caregiver. The financial impact of caregiving is more severe for women who take on the caregiver role in their early 60s or older. For example, among women caregivers 60-61 years of age, 15% lived in poverty, compared to 4% of the non-caregivers. In comparison, among women 58-59 years of age, the likelihood of poverty was only 6% for caregivers and 5% for non-caregivers.

A spouse can buffer some of the financial burden. Married women caregivers are four times less likely to live in poverty and almost half as likely to rely on SSI than unmarried women. Caring for someone with AD is very stressful. Almost two-thirds of those with AD live with their caregivers, and AD patients require increasing levels of care, supervision and provision for their safety. Because the disease typically progresses slowly over 2 to 20 years, caregivers tend to spend a long time in the caregiving role. Sixty-five percent of AD caregivers perform physically demanding tasks such as bathing, feeding, helping the person to the toilet, and dealing with loss of bladder or bowel control.

Depending on the source, up to 80% of dementia caregivers report very high levels of stress. Dementia family caregiver stress and burden are closely associated with care recipients’ behavioral problems such as aggressive behavior, the rate of cognitive decline, having a poor relationship with the care-recipient, and lack of social support. Caregiving for family members with dementia has been consistently associated with higher levels of psychological distress, depression, anxiety, and anger compared to non-caregiving or non-dementia caregiving.

Those who assist the care recipient with at least one or more ADLs (eating, dressing, bathing, transferring, toileting, walking) have more symptoms of depression, anxiety, and illness-related symptoms that typically grow progressively worse over time. A reported 65% of dementia caregivers have depressive symptoms and up to a third of dementia caregivers have clinical depression. Twenty-four percent of family AD caregivers have significantly high levels of anxiety. Compared to non-caregivers, middle-aged and older women who care for a disabled spouse are six times more likely to suffer depressive symptoms and anxiety. Chronically high levels of caregiver stress have serious health impacts.

Studies have shown that chronic stress among dementia caregivers is associated with significantly higher stress hormone levels, depressed immune response, and elevated plasma levels of procoagulant factor D-dimer and inflammatory markers IL-6 and C-reactive protein, which are associated with cardiovascular disease and increased vulnerability to disease compared to non-caregivers. A weakened immune system increases the caregivers’ chances of developing chronic illness themselves. The chronic stress of caregiving doubles the risk of cardiovascular disease, increases the risk for hypertension, and slows wound healing.

Almost half of AD caregivers report not getting enough sleep. Family caregivers report having more than twice the rate of chronic medical conditions as non-caregivers. Caregivers experiencing stress have a 63% higher risk of mortality than non-caregivers. Women are particularly vulnerable to the stresses of caregiving. They tend to compromise their own lives and personal health when they assume the caregiving role. They give up exercise, leisure activities, and personal time. Declining health and exhaustion add to the perceived level of caregiving stress and burden.

Caregiving for family members with dementia contributes to the deterioration of women’s economic, physical, and psychological health. Because of caregiving responsibilities, women caregivers often lose wages and benefits, hindering their efforts to prepare for their own retirement and aging. The serious health impacts associated with the chronic stress of caregiving can lead to further financial hardship and further amplify caregiver stress. Without attention and help for the caregiver, the spiral of economic hardship and health decline may be rapid, leading to a high risk of poverty for women caregivers. 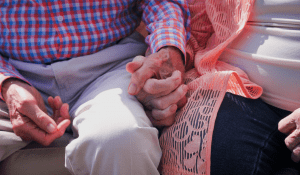 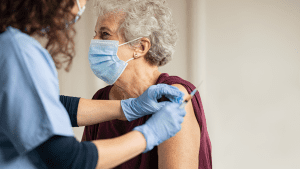 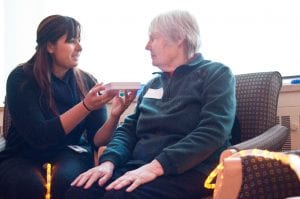 ARARF needs your support to ensure that the resources on this site remain available and free to caregivers for generations to come. Please donate today.